The Hell-Hole in Space

Mel Brooks of Young Frankenstein fame ‘is publishing his first memoir at the age of 95. All About Me hits the shelves in November. Jonny Geller, his literary agent, says that Brooks felt that now “was the right time to do it – mid-career”.’ (The Times, 6 August) [GA]

J. Michael Straczynski shows us how the professionals do submissions: ‘Attention Publishers International and Domestic: by the end of this week I will be sending the *finished* manuscript for The Last Dangerous Visions to the agency that will be handling the sale. If you’re a Real Deal Publisher, flag me down and I’ll give you the deets.’ (Twitter, 11 August) One suspects this means that Ansible Editions need not apply. Harlan Ellison’s legendary unpublished anthology was noted for its hugeness at 700,000 words or more, and remained substantial despite the many stories withdrawn and published elsewhere; but this final cut – even with new fiction recently acquired – runs to a mere 112,000 words. Several authors long loyal to the project have had their stories dropped.

Jeff VanderMeer revealed exclusively to all of Facebook that the Area X litany (‘Where lies the strangling fruit that came from the hand of the sinner ...’) was censored: ‘There was actually a bit after this I cut that went, “So, anyways, the dead flowers are not like the living flowers and one shall come forth who shall try to wash a mouse, which you should not do because they can get respiratory infections.”’ (26 August)

Rumblings. Reclamation (Eastercon 2022) is still unable to confirm its hotel venue, known to be in the south of England. Keep watching the skies at reclamation2022.co.uk .
• A bit of incidental gossip is that some other prospective Eastercon hotels now want a £200,000 event deposit.

As Others Read Us. ‘I don’t think I’d ever read a book in which there was a Black character, period. Remember, I’m reading sci-fi [in 1979], so I’d barely read anything in which there were human beings. I didn’t understand reading as having a relationship to the actual world.’ (Robert Reid-Pharr profile, www.radcliffe.harvard.edu, 25 May) [CH]

As Others Discard Us. ‘WE DON’T NEED SCIENCE FICTION TO AVERT CLIMATE CATASTROPHE’. (Headline in thenation.com, 14 June) [MMW]

Court Circular. The Tolkien estate will surely not be happy about the launch of a ‘JRR Token’ cryptocurrency advertised with Lord of the Rings imagery, including the One Ring itself and a limping little verse that ends ‘One Token To Hold For All / And In Market Bind Them’. (The Verge, 10 August) [F770] Spend, spend to ruin and the world’s ending!

As Others Saw Us. Dystopian horror in the Olympic women’s gymnastics: ‘Because of a spiteful female chauvinist rule, male coaches are not allowed on the floor, and so it is like a science-fiction movie of a time when women have taken over. The judges are all women, as are the assistants, the messengers. The only men on the premises are the piano players – men being built for that sort of quiet work – who huddle together on a bench by the baby grand.’ (Frank Deford, Sports Illustrated, August 1976; quoted in The Washington Post, 2 August) [PL]

Magazine Scene. Amazing Stories, having been repeatedly let down by NBC/Universal Television failing to pay the contracted fees for their tv show licensing of the name, is switching to annual digital-only publication with the option of a ‘separately purchased’ POD edition. (Amazing, 25 August)
• Curious Fictions, the online stories platform run by Tanya Breshears, went on ‘indefinite hiatus’ from 27 August. [L]
• ParSec, the digital sf magazine from PS Publishing, launched in August with #1 dated Autumn 2021: see www.pspublishing.co.uk/parsec-79-c.asp.

Science Masterclass. Dept of 165 Gravities. ‘The ship’s relative velocity was now in the region of 173,000 miles per second, increasing at the rate of almost exactly one mile per second per second [...] The constant acceleration rate had some drawbacks, however. None of the men was able to move without considerable muscular effort ...’ (Lee Elliot, Overlord New York, 1953) [BA]
• Astronomy Dept. ‘She was like a meteor coming back to dazzle the very world from which it had flown for a while into space.’ (John Fox Jr., The Trail of the Lonesome Pine, 1908) [PL]

The Dead Past. 70 Years Ago, an early As Others See Us: ‘ “To rival Wells in this line is not an uncommon ambition, and it seems curious that both authors and public fail to realise that the bottom dropped out of the market in 1914. The element of ‘science-fantasy’ really played quite a small part in the success of Wells’s novels; the real point of them was a wrenching disturbance of ordinary life.... Wells’s success ... has never been repeated, and can now never be approached.” (New Statesman Reviewer)’. (Science Fantasy News 9, September 1951)

As Others Identify Us. Repeating a 1989 Face to Face interview: ‘Jeremy Isaacs talks to science writer JG Ballard ...’ (BBC, August)

Fanfundery. TAFF: SCIFI Inc (Southern California Institute for Fan Interests) has sent the traditional $500 bounty to mark the publication of Anna Raftery’s report within 5 years of her trip.
• DUFF: in 2022 it’ll be 50 years since the first Down Under Fan Fund trip, when winner Lesleigh Luttrell travelled from the USA to Australia. Celebrations are expected.

Thog’s Masterclass. Lockdown Hair Dept. ‘... he grimaced perpetually in a manner that caused his unclean beard to toss and curl like seaweed on a boiling whirlpool.’ (Clark Ashton Smith, ‘The Voyage of King Euvoran’, 1933) [BA]
• Mysteries of Female Anatomy. ‘She was the perfect picture of a beautiful Japanese girl. Small feet, small nose, wide eyes, narrow hips that showed she was a virgin.’ (Larry Correia and John Ringo, Monster Hunter Memoirs: Grunge, 2016) ‘Her legs, he thought, were almost certainly the legs of a virgin, dry and without hair ...’ (Tim O’Brien, The Things They Carried, 1991) (boredpanda.com, 6 August)
• Secrets of Female Characterization. ‘At Bristol University, she had already achieved a reputation as a sex scientist. In her first year she had gone through the men like an enema.’ ‘Her curved breasts were tense with concentration.’ ‘She moved towards the village, allowing her hips to continue the conversation.’ ‘She stopped, pursing her nipples towards him and then swung on.’ ‘The left breast was fractionally larger than its sister. It was Anna’s favourite. She flexed it towards the wall.’ (All from David Pinner, Ritual, 1967 – inspiration for The Wicker Man) (Ibid)

The Dead Past II. 20 Years Ago: ‘Take That, Joe Haldeman! “The best-known example of ‘future war’ fiction is The Invasion of 1910 by William Tufnell Le Queux, a rich slice of scaremongering which was a sensational success when published in 1906.” (Rupert Forbes, The London Review of Books, 6 September)’ (Ansible 170, September 2001)

Editorial. Nothing much is happening here apart from the regular SF Encyclopedia update routine – not even a new ebook at the TAFF free library this month. But here’s a happy discovery in an old book from the Langford shelves: 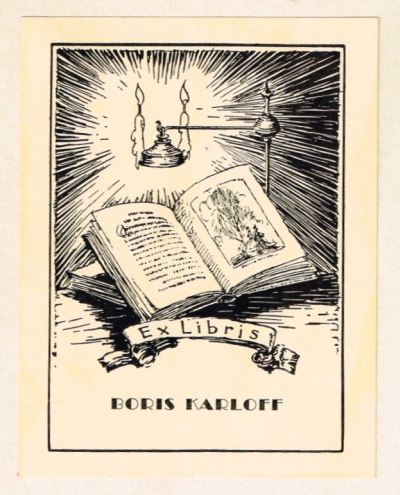 Outraged Letters. ‘Dear Mr. Langford / I wish to complain in the strongest possible terms about the number of R.I.P.s in Ansible. It is obviously quite impossible for there to be so many in the SF field each month, so this must be a work of fiction. Since I was born in 1936 I just hope that I do not find my name there. (Or do I? If I can read it….) / Yours sincerely, David A. Hardy.’ (1 September)

Rumblings II. ScotiaCon, the Scots furry convention (3-5 September Glasgow), was cancelled with the next event expected on 11-13 February 2022. See ...
https://www.scotiacon.org.uk/

Thog’s Golden Oldies from Ansible 170, September 2001. ‘I looked at Norathar, who was staring at Aliera with eyes like mushrooms.’ (Steven Brust, Yendi, 1984)
• ‘Despite his slant eyes and yellow skin, he proved to be quite a likeable fellow as well as an erudite scientist.' (Captain S.P. Meek, ‘Awlo of Ulm’, 1931)
• ‘Fear exploded in her mouth like a drug.’ (Linda Nagata, Limits of Vision, 2001)
• ‘Then a horrid, unforgettable giggle bit at his unbelievable left ear.’ (Charles Harness, The Paradox Men, 1953)