Forty Years On. It was at the Brighton Worldcon in August 1979 that the first issue of Ansible appeared, ending with the rash promise that ‘future issues will contain news.’ Confronted with the evidence of this appalling gulf of years, your editor uttered a heartfelt ‘Bloody hell!’

The Plain People of Fandom: And so say all of us.

Margaret Atwood’s The Testaments, her still unpublished sequel to The Handmaid’s Tale, is on the 13-book Booker Prize longlist. (BBC, 24 July) So is Jeanette Winterson’s Mary Shelley-meets-AI novel Frankissstein.

Neil Clarke has for the third time won the Chesley Award for best art director. Full list at file770.com/2019-chesley-award-winners/.

Cressida Cowell, author of the How to Train Your Dragon and The Wizards of Once series, is the new UK children’s laureate. [AIP]

Boris Johnson’s notorious alter-ego role as the inept resistance leader in Agent of Chaos by Norman Spinrad – revealed by the Guardian Diary in 2005 and pondered by me in SFX (ansible.uk/sfx/sfx131.html) – was rediscovered in Private Eye for 26 July. ‘If we save Boris Johnson for no rational reason whatever, are we not remaining true to Chaos?’

Alan Moore has yet again announced that he’s retiring from comics writing, his last script being the much-delayed final instalment of The League of Extraordinary Gentlemen. (Guardian, 18 July)

Mike Resnick explained his long recent silence online: ‘Sorry to be absent for a month. 4 weeks ago I was walking from one room to the next when I collapsed. Carol called the ambulance, and 2 days later I woke up in the hospital minus my large intestine. Just got home last night. / I don't like growing old.’ (Facebook, 3 July)

Neal Stephenson is flattered by Reason magazine’s joky suggestion that he is Satoshi Nakamoto, the mysterious creator of Bitcoin; but says it isn’t so. Well, he would, wouldn’t he? (MarketWatch, 18 July) [PDF]

15-19 Aug • Dublin 2019 (Worldcon), Dublin, Ireland. Online registration at dublin2019.com closes at midnight on 1 August; there will be no memberships for sale at the door. Several fan families were annoyed to learn that, for tortuous legal reasons, under-15s in (most of) the main convention centre must be accompanied by an adult at all times. The committee forgot to mention this important point until 17 July.

Rumblings. Eastercon®: some fans out there are reportedly talking about creating a limited company to run the annual UK Eastercon, while neglecting so far to consult the trademark holders Harry Payne and Tim Kirk. See murphys-lawyer.dreamwidth.org/318759.html. [HP]
• Middle-Earth Festival: still no date, but on past form the 2019 event could be as early as 31 August. Keep an eye on middleearthfestival.wordpress.com.

As Others See Us. Asked the traditional question about genre preferences, Delia Owens gave the traditional answer: ‘I do not read heavy crime books or science fiction. There is too much great, real science to be had.’ (New York Times Book Review interview, 11 July) [RH]

As Others Digest Us. On the heroine of Jackson Ford’s novel The Girl Who Could Move Sh*t With Her Mind: ‘Teagan’s jokes, internal monologue and pop culture references are sure to please those looking for an adventure with a digestible amount of sci-fi thrown in.’ (Chris Pickens in Book Page magazine, July 2019) [GW]

As Others Recruit Us. ‘The French army has said it is looking to recruit four or five sci-fi writers and futurologists to staff a “Red Team” that predicts future threats and how to disrupt or defend against them.’ (The Register, 19 July) Only established French sf authors need apply.

More on Martin. It seemed to have gone well. Having prepared for his big cancer operation (see A384) by attending a weekend beer festival in Ostend, Martin Hoare posted from the Royal Berkshire Hospital: ‘In the recovery unit after four and a half hours in surgery. I have more pipes than the Pompidou Centre.’ (Facebook, 9 July) They sent him home on the 16th, but too much bad luck followed: a septic infection and worse. Martin died in the RBH on the morning after an emergency operation late on 25 July; Hazel and I were with him at the last. He was my oldest friend, from early schooldays and the same Oxford college – where I fondly recall him showing me the ropes, and the pubs – to living for decades in the same town. Hard to believe there’ll be no more of the Reading Christmas celebrations where he swapped ever-sillier gifts with Hazel and myself. As official Langford Hugo accepter at many overseas Worldcons, Martin delivered my little speeches with great and entertaining gusto. His tireless work for fandom included putting on memorable fireworks displays with the Skyburst team; driving a massive, lovingly tended sound system to smaller conventions such as Novacons and UK Corflus in his fabled Big Red Van, and then spending more or less the entire weekend operating it; or alternatively he’d organize the real ale bar and spend the con supervising that, personally tapping every cask at Ytterbium this Easter despite not feeling at all well. How on earth will fandom cope without him? [Photo gallery below.]
• No date has yet been set for the funeral.

Court Circular. The Bonzo Dog Doo-Dah Band (of ‘Urban Spaceman’ fame; see SFE entry) found their name had been trademarked by Anglo Atlantic Media Limited, which claimed ownership at the Intellectual Property Office website – no evidence required, just a £200 fee – and then sued them for using their established name. Directors of AAML include the band’s former promoter Bob Carruthers. A fundraiser for the Bonzos’ legal costs at www.crowdjustice.com/case/bonzodogbanned/ reached its £15,000 target on 26 July, but more would be welcome. [JD] The IPO has scheduled a hearing of the case for 5 September 2019.

Magazine Scene. After rumours that Mad magazine was closing down, the big revelation is that it will shamble onward in zombie mode – publishing only reprint material, with just a little original content in the traditional end-of-year special issue. (Gizmodo, 5 July)

Random Fandom. Doris Panda, Martin Hoare’s puppet alter-ego, is to travel the convention circuit forever in memory of Martin. As Terry Pratchett very nearly put it, a man is not dead while his panda is still spoken of. [JA]
• Escape Pod, the long-running sf story podcast at escapepod.org, has had a species of wasp named after it: Zelomorpha effugia. [F770]
• Lisa Conesa, who edited the fine UK fanzine Zimri (1971-1976) and the sf poetry collection The Purple Hours (1974) but dropped out of fandom in the late 1970s, died in 1991 according to recent online researches; she was 55. [ITB]
• Retro Hugo Glitch: ten days before the 31 July voting deadline, an error in the Best Fanzine ballot was revealed. Fantasy News ed. Sykora had fewer nominating votes than, and so was replaced by, Guteto ed. Morojo. Voters for Fantasy News via the online ballot were informed and could alter their choice . [NW]

The Dead Past. 40 Years Ago, the gutter press reported a ‘Huog Award Error: a few days ago, the engraved Hugos arrived complete with creative spelling – the Dramatic Presentation Hugo is a SCIENCE FICTION AGHIEVEMENT trophy. Panic began at once, though the engravers promised corrections by Seacon (SGIENGE FIGTION ACHIEVEMENT ...). The Campbell award was marked SEACON 1978.’ (Ansible 1, August 1979)
• 70 Years Ago, a newszine tradition that Ansible is proud to inherit: ‘L. Ron Hubbard, not Robt. Heinlein, has had Slaves of Sleep translated into Dutch. We pretend we do these little things just to keep you mentally alert.’ (Bob Tucker, Bloomington Newsletter 11, August 1949)

Fanfundery. TAFF: discussion of race directions for the next few years has begun.
• TAFF Free Ebooks. The new release is THEN Again: A UK Fanhistory Reader 1930-1979 edited by Rob Hansen and Vince Clarke, an anthology companion to Rob’s THEN in which fans who were there tell the stories of UK/Irish fan groups, zines, activities, politics, and more. Over 120,000 words. See taff.org.uk/ebooks.php?x=ThenAgain.

Thog’s Masterclass. Simile Dept. ‘Val got the impression that Plumbus was almost offensively inoffensive. He was like a living drop of oil.’ (‘Bron Fane’, The Intruders, 1963) [GW]
• Those Were The Days. ‘Once the information is in the computer it’s completely safe!’ (Thames Television, The Sweeney, 1976) [DH]
• Eyeballs in the Sky. ‘And those eyes – when they raked him they bathed him with ecstasy!’ ‘She gathered up his eyes and she’s still got ’m.’ (L. Ron Hubbard, Typewriter in the Sky, 1940)
• As One Does. ‘He felt a brief tingle in his nuts and adjusted his tunic.’ (Neal Stephenson, Fall; or Dodge in Hell, 2019) [JC]
• Whatever Turns You On. ‘When the train did come, it came in an orgasmic rush of hot diesel-oil odor, trailing a veil of orange blossom like a bride ...’ (Brion Gysin, The Process, 1969) [BA]
• The Globes of Gloom. ‘Alana crossed her arms and lifted off her own shirt, revealing small, slightly pessimistic breasts.’ (Meg Wolitzer, The Female Persuasion, 2018)

Martin Hoare Photos. From the Langford/Ansible archive except where otherwise noted (see credits list at end). 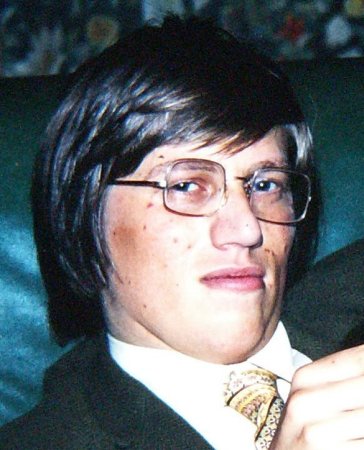 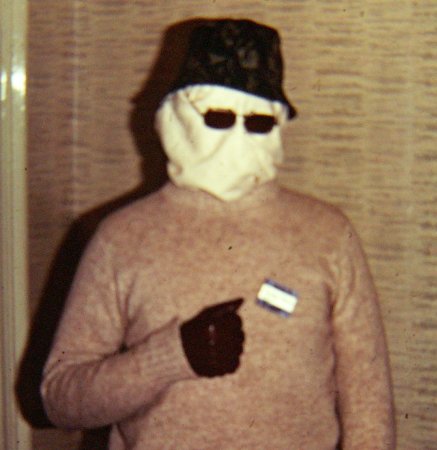 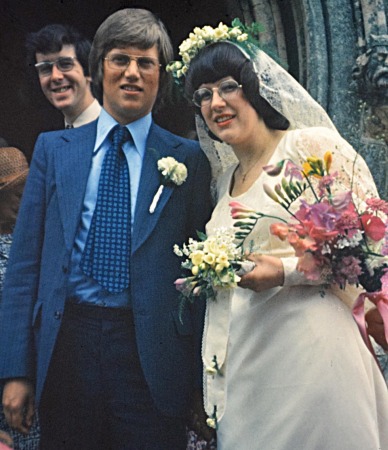 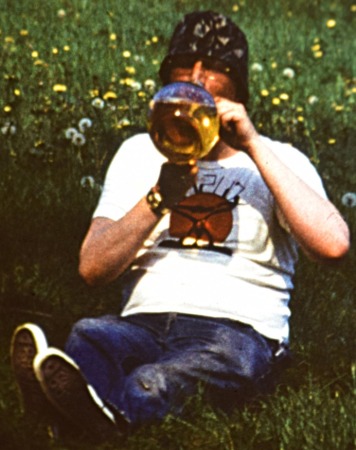 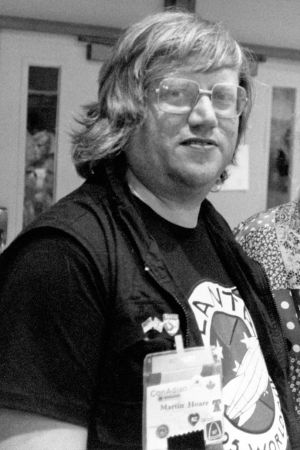 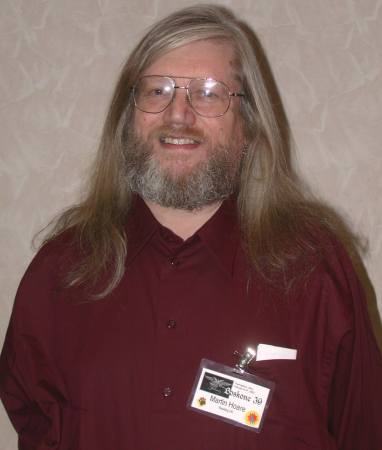 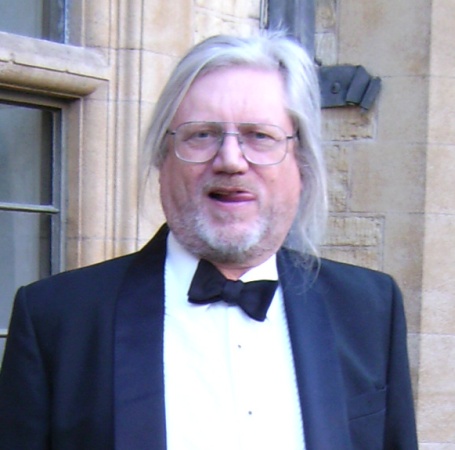 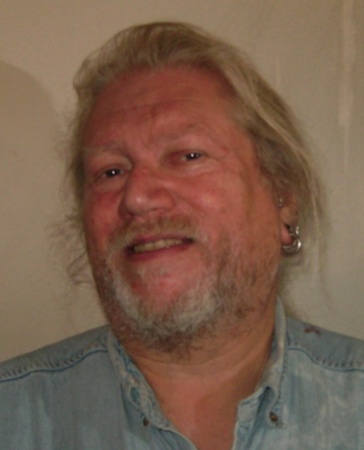 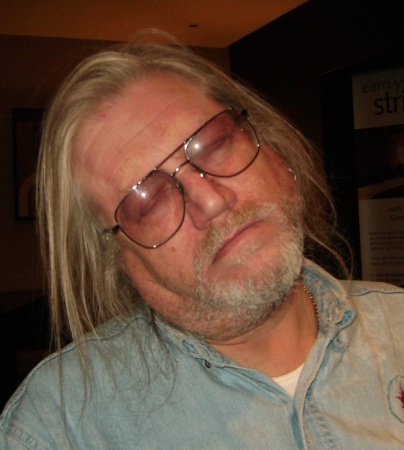 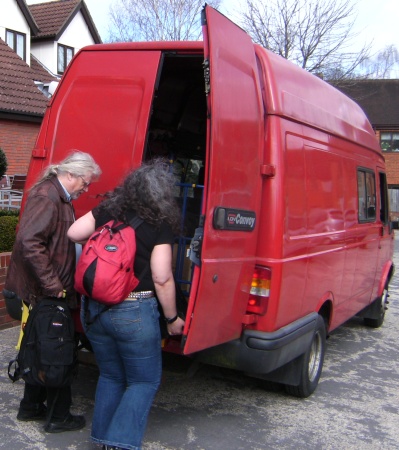 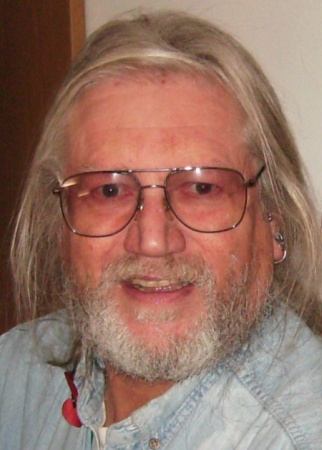 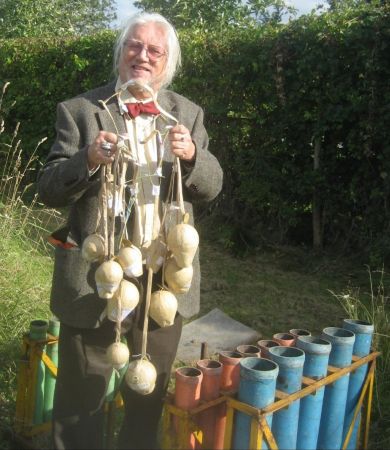 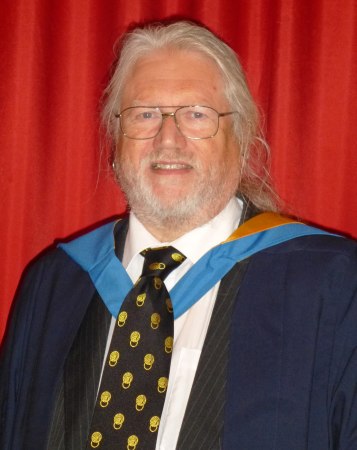 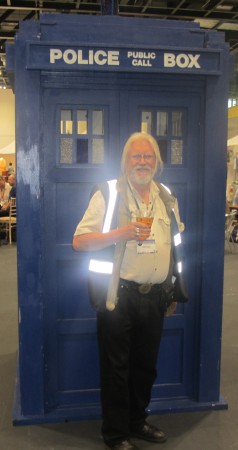 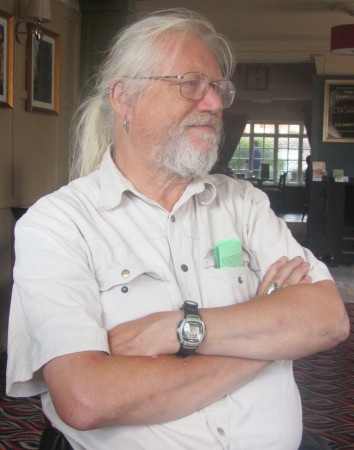 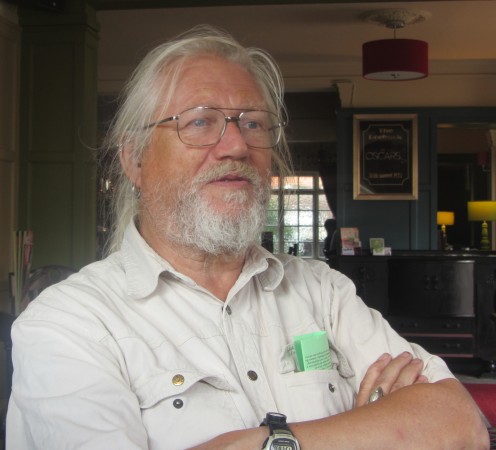 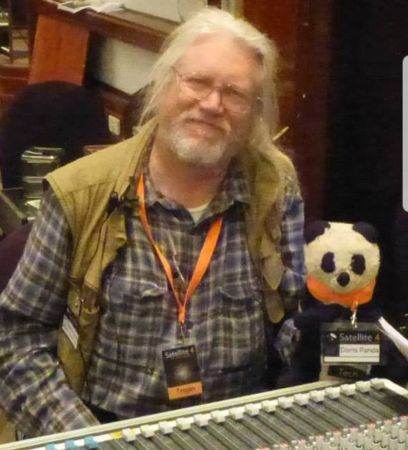 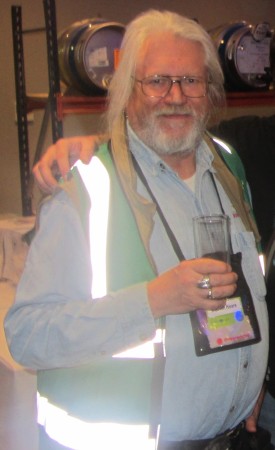 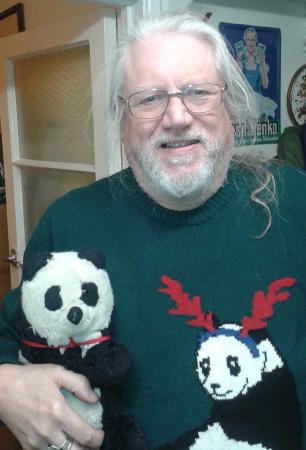 As Others Fear Us. A radical suspended-animation technique devised to buy time for the badly injured has one major problem, according to a surgeon at UPMC Presbyterian Hospital in Pittsburgh: ‘We are suspending life, but we don't like to call it suspended animation because it sounds like science fiction.’ (New Scientist, 2014) [AY]

Thog’s Second Helping. Dark and Stormy Night Dept. ‘“Ho, Diomed, well met! Do you sup with Glaucus to-night?” said a young man of small stature, who wore his tunic in those loose and effeminate folds which proved him to be a gentleman and a coxcomb.’ (Edward Bulwer-Lytton, opening of The Last Days of Pompeii, 1834)